Should Christians be Anti-Intellectual? 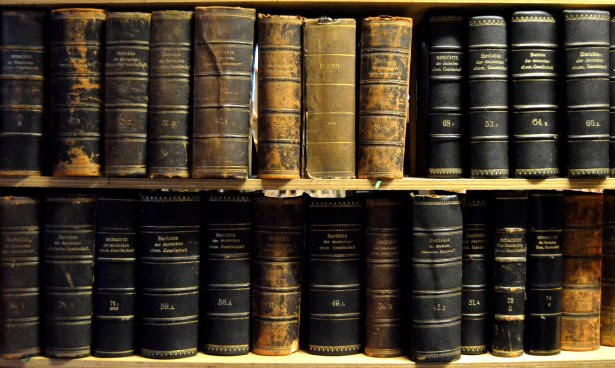 The current culture seems to view the Church as being about faith and not reason. These two concepts are touted as being contradictory, as if you can either have faith or reason, but clearly not both. Partly, this seems to be a result of the Church's retreat from the academy during the modern era.


Historically, this runs counter to the way Christianity has been understood. After all, most of the centers of education, universities, colleges, etc. are a direct result of Christian influence which targeted bringing knowledge and education to the masses. Without the Christian Church, it would be unlikely that we would be anywhere near where we are today from a scientific knowledge point of view.


Sadly, many Churches do seem to espouse a sort of anti-intellectualism. I see this often when discussing apologetics with other Christians. Some of the typical responses are, "Only the Holy Spirit can bring people to Christ" or "Nobody is ever saved by arguing with them" or "We should just love people" or "We simply need to have faith!"

The problem with these responses is that not one single one of them is actually biblical. Jesus, Himself, and the apostles after Him did not just go around being "nice" to people and "loving on them." This is almost similar to the post about WWJD. So, what did Jesus do?

Now when John, while imprisoned, heard of the works of Christ, he sent [word] by his disciples and said to Him, "Are You the Expected One, or shall we look for someone else?" Jesus answered and said to them, "Go and report to John what you hear and see: [the] BLIND RECEIVE SIGHT and [the] lame walk, [the] lepers are cleansed and [the] deaf hear, [the] dead are raised up, and [the] POOR HAVE THE GOSPEL PREACHED TO THEM.
Matthew 11:2-5


Here, we see how Jesus responds to a question regarding His purpose and plan. Does Jesus tell John about how he should just "love on" people and have faith? No! Jesus gives him evidence. Jesus backs up His claims by pointing to tangible, real events that people have witnessed.

More than once, Jesus challenges His disciples' faith by referring to evidence. Even after His resurrection, His first encounter with Thomas indicates that Thomas should have had sufficient evidence to believe without having to see for himself. Yet, even with that, what does Jesus do? He gives Thomas the evidence he needed by showing him His hands and feet and His side.

Another great example is the apostle Paul. I won't do it here, but see for yourself by looking through Acts and just see how many times Paul is said to be "reasoning with them from the scriptures." Look at Acts 17 when Paul addresses the Areopagus. Does he tell them about how people ought to love each other and be really nice? Does he tell them that they should just take it on faith that Jesus is the Christ? No! He argues with them. He presents evidence, engages them with logic, offers arguments and helps them to reach the appropriate conclusion.

If you recall, the Berean's were highly praised for their careful investigation of any claims regarding the Gospel. They did not just take people's word for things. They investigated the scriptures. They did some critical thinking in order to ascertain whether or not any teaching they received lined up with teaching they had previously received. They were anything but anti-intellectual.

Perhaps because Jesus chose mostly common men, probably uneducated in many cases, this has led people to believe that we should not use our intellect in matters of faith. But not all those called by Jesus were uneducated. Jesus, Himself, was an absolutely brilliant thinker. He tied the lawyers, scribes, Pharisees and Sadducees in intellectual knots on a regular basis.

Matthew was a tax collector. My guess is that he had a fairly good education in order to hold that sort of position. John seems to have been educated as well. Although he was a fisherman by trade, we see shortly after Jesus' arrest that John was known to some of the members of the council. And there's Paul. Paul would put most theologians today to shame with how well he came to understand the scriptures and tie in what we know as the Old Testament with the revelation offered in Jesus the Christ.

If anyone is anti-intellectual nowadays, it is the people who tend to attack Christianity. After all, these people can't seem to understand the simple distinction just offered, often objecting to Christianity on the basis of what certain Christians do, say or teach. Most of the arguments that I have heard against Christianity seem to describe some sort of caricature of a form of Christianity that is held by exactly zero Christians that I have ever met, known or even heard of.

They make "arguments" that make no sense and conclusions that simply do not follow. How many times have I heard people argue against the existence of God because they don't like certain things about God? "Well, God is misogynistic! So He must not exist" is the gist of one of these types of arguments. "The Bible is full of contradictions." Ok. Let's say that it is for a moment. So what? What follows from that? Certainly not that there is no God!

I will agree that many people in the Church today hold to their faith blindly and refuse to even acknowledge any evidence. This is a terrible thing for the Church in general and for the individual Christian specifically. It leaves believers vulnerable to the "philosophy" (and I use that term very loosely) of people like Richard Dawkins whose arguments one could drive an entire fleet of trucks through, side-by-side. (One of my favorite quotes about Dawkins, though I can't remember who said it, is "Richard Dawkins knows more wrong things than perhaps any other person on the planet.")

It's time that the Church recognize that asking good questions and doing some good, critical thinking is not antithetical to faith. In fact, I would argue that it is the very basis for faith, properly understood. Perhaps I will write more about that in the future as that is and entire topic in and of itself. We must remember that "all truth is God's truth" and we should not shy away from it. If what we have is true, we should not be afraid to think about it, investigate it and question it. If it's true, what do we have to fear?

It would be like someone being afraid of anyone questioning whether 2+2=4. Go ahead. Take your best shot. Try to show me that this is not true. Heck, I'll even help you along. In the end, I know that you'll find out that 2+2 is going to equal 4 no matter what you try to do to show otherwise. If your conclusion is ever anything other than 4, then I know you have a mistake in your math somewhere, not that I was actually wrong about the equation.

Let's not be afraid of questions. Let's not be scared to be challenged. Remember, if anyone argues against God's existence, if God exists, then there must, by definition, be a flaw in the argument somewhere. You just have to think clearly enough to find it.